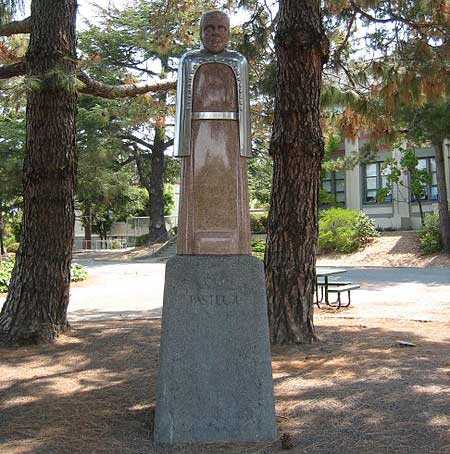 The time is 1971, The Waldos are sitting on the wall one day at San Rafael High School, making fun of everybody passing by as usual. A friend of the Waldos, Bill, came over to share something. He unfolded a treasure map explaining that his brother was in the U.S. Coast Guard stationed at the Pt. Reyes Peninsula north of San Francisco. He and some other U.S. Coast Guardsman were growing a patch of weed and it was ready for harvest, however they were now fearful that their commanding officer was onto them. Wanting to be safe and not wanting to get busted they decided to abandon the project, and gave Bill and his chosen friends permission to go harvest. Bill and fate picked The Waldos.

A plan was made to search for the plants. School let out on a staggered flex schedule, typically at 3:10. Some of the Waldos had football practice for approximately one hour afterwards, so the plan was to meet at the campus statue of chemist Louis Pasteur at 4:20PM. During the day, every time they would see each other in the halls, they would remind each other of the meeting time and place by saluting with “420 Louis”.

The search went on for weeks. “Louis” was dropped and the greeting was shortened “420”, which instantly became Waldo secret code for getting high. Teachers, coaches, administrators, parents and everyone else were oblivious. The Waldos could communicate anything about weed among themselves with just the tiniest inflection.

The Waldos never found the weed patch, but the Waldos and other Waldo Safaris continued on.