2019 - We celebrate Waldo Dave’s brother Patrick Reddix’s life and his part in the 420 Waldos history.

Pat was Dave’s older brother and a fighter. He beat cancer two times in the past ten years and then the cancer came back and took his life. He passed December 20th, 2018. Miraculously, Pat died at exactly 4:20 p.m. that day, with Waldo Dave by his side. The time is officially documented on his death certificate.

Pat’s many friends and family, daughter, Jessica, son, Sean, daughter Sage, Pat’s granddaughter Catalina, brother Danny, brother Roger, brother Rusty, and Waldo Dave were there for him in his final days with a special loving vigilance. All shared great funny stories about Pat and showed him the love all had for him.

Pat was an avid road cyclist with the Marin Velo Club in the ’60’s and an original Marin County Fairfax mountain biker who was friends with several of the guys who invented the sport. He wrote for several mountain bike periodicals, writing reviews as well as his own world-wide read blog on his daily mountain biking adventures. He had many Europeans seeking him out for his knowledge of Marin County mountain biking and the secret trails he loved guiding them on. He was a very intelligent guy who loved riding and sharing his jokes with friends. He had an infectious crazy laugh and a disarming smile that would make you feel at ease even if you didn't know him. All of his mountain bike buddies participated on a memorial mountain bike ride to celebrate Pat's life in one of the places he loved most, Mount Tamalpais. 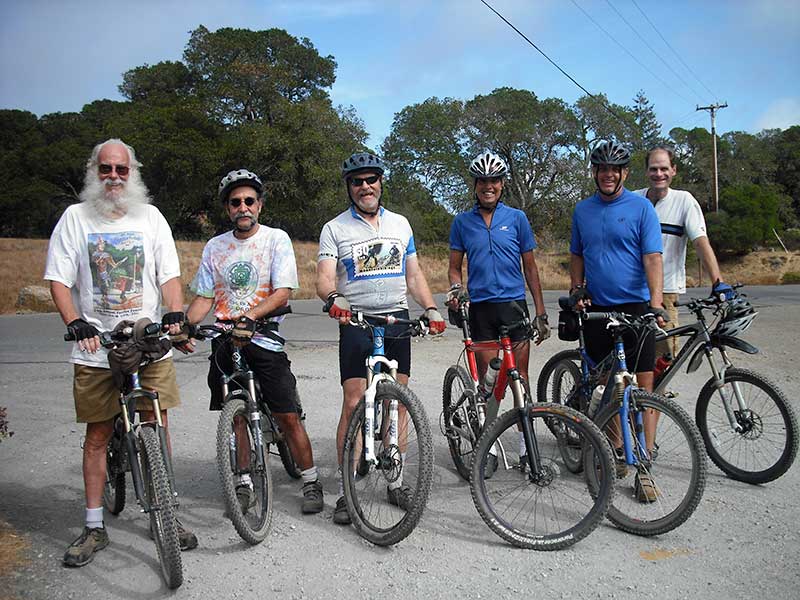 “Pat taught me how to throw a frisbee like a pro while I was in high school and when going to the College of Marin, circa 1974-1975. Pat used to play a lot of frisbee with Robin Williams as well as the Waldos while at the College of Marin where we used the term 420 all the time going back to 1971. Before playing frisbee, I remember regularly climbing up a huge tree in the middle of the College of Marin campus with Pat and smoking fatties, muffling our coughs and laughs while students and a campus cop named Denny walked below, not knowing where the skunk smell was coming from.” 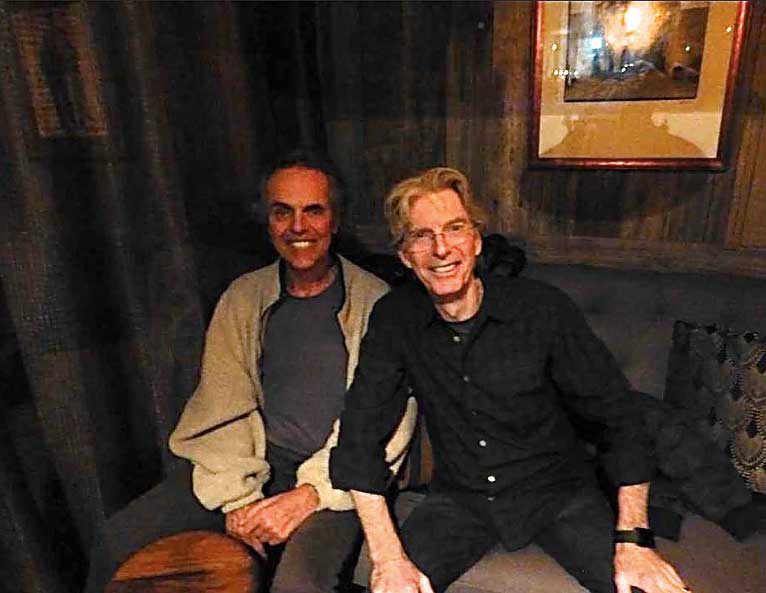 “In 1975, Pat was asked by his lifetime friend Phil Lesh of the Grateful Dead, to manage a couple of Phil’s side bands, mainly “Touloos Ta Truck,” and also, “Seastones.” “Touloos Ta Truck” consisted of the innovative Phil on bass, virtuoso Terry Haggerty on guitar, John Allair of Van Morrison’s band on keyboards, and a guy who’s last name was Mitchell on drums.” 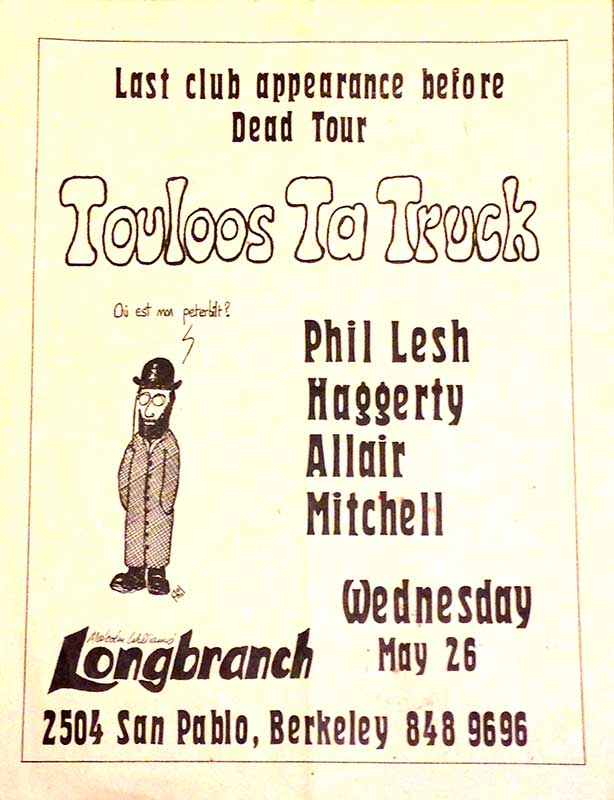 “Pat hired me to do security and collect tickets at the door for the bands. Phil and Pat would pick me up at my house in Fairfax in Phil's new silver BMW 528i. We’d stop by the Belli Deli San Rafael, get some sandwiches, and go to band rehearsal at the Grateful Dead’s San Rafael rehearsal hall behind Litchfield’s, a sketchy hotel at the time, on Front street, also known as “Shake Down Street,” the same as the album by the Grateful Dead.”

“David Crosby stopped by and jammed a few times at shows and we all smoked out backstage a lot. I remember Crosby coming up to me during a backstage bong session saying - “Man, your brother is crazy,” as Pat was coughing and laughing in the background. Pat and myself spread the Waldos term 420 at those shows with the band and Deadheads who attended them. We always had a real good time every show and the memories are precious to me.”

“These were some of the beginnings of 4:20 being introduced to the Grateful Dead and their Deadhead’s lexicon as a socially good time to get high, spread good vibes and share the Waldos secret code. The rest is history. Thank you Pat for all the great times we had together! We love you forever Pat!”