The Waldos celebrate the life of Patrick McNulty, a good friend and part of our story of ‘420’ origination. Pat passed December 2018. As covered throughout our 420 Waldos website and in news-press for many years, Bill McNulty and his brother Patrick first received a map of a cannabis crop from their Coastguardsman brother in law Gary Newman in 1971. The map served as a catalyst for the Waldos to meet at 4:20pm and use of the phrase as a secret joke and code.

Patrick had been out of touch with the Waldos for a few decades and was not even aware of the worldwide spread of 420, until after year 2000. He quickly caught on to understand the extent and magnitude of it’s spread. He was so excited and proud to be part of the origination of the phenomena and totally on board- with a great sense of fun- to help document the history. The way he jumped at the chance to help was always heartfelt and heartwarming.

Patrick was extremely instrumental in helping us find the original Coastguardsman Gary, during a difficult six year long search. And then so thrilled to be reunited with Gary after decades missing apart, documented in the video on the 420Waldos website.

A great guy, his friendship with the Waldos was truly cherished. Whenever we connected on the phone or anytime in person, he would sparkle. And still does.

Pat McNulty was interviewed, along with Coastguardsman Gary in the Waldos ‘420 Treasure Map’ video on the 420waldos.com website. Pat also attended and was interviewed with the Waldos in a Waldo panel at the 2018 Mill Valley Film Festival. 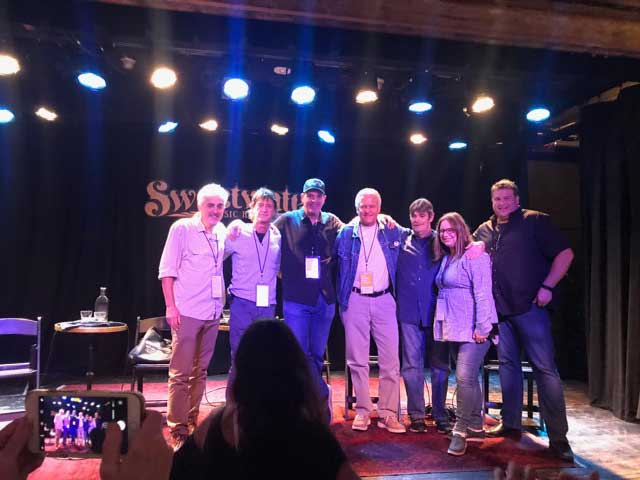