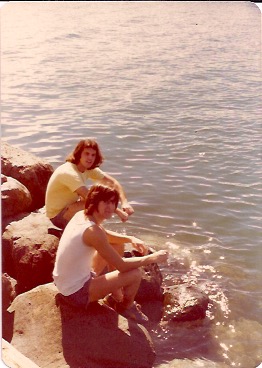 Many people have wondered what “EYOT” (pronounced eeyot) might mean, as it is included on the The Waldos’ Original 420 flag.

Originally it was nothing more than a meaningless sound or noise, however, it also came to be a wild-card word or noise that could be used to comment on anything, anybody, any time, any experience. Its basic expression was/is, “It’s all too weird and funny!”. “Eyot!” was always used by itself as a comment, and never used with other words.

Waldo Jeff’s father was a high level NARC/narcotics officer with the San Francisco Police Department. He heard the Waldos utter the noise and had maddening suspicions that it was a drug reference (even though it wasn’t)… and hit peaks of frustration wondering what it was, and trying to figure it out.