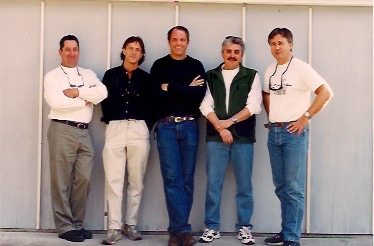 The sound of the letter n Is held for about 1/4 of the second, and the entire phrase is said in a monotone. The phrase of “nnnooo Waldo” means any of the following:

Your grand idea is an idea that you alone think is good.

I don’t want to do what you are suggesting for me to do,…you irritating person.

Your self importance, arrogance, ego, unwarranted sense of entitlement, or self anointment is a joke to all of us.

We recognize a lame attempt to be cool, or to try and fit in somewhere where someone really doesn’t fit. And we find it humorous

Like many of the other Waldo phrases, ‘Nnnooo Waldo’ started out as something The Waldos would ONLY SAY TO EACH OTHER. It then graduated to a comment-joke The Waldos would jokingly say ABOUT the behavior or verbalizations of someone outside of our group.

And it graduated to sometimes saying ‘Nnnooo Waldo’ outloud to yourself, directly at the person who was the cause for or elicited the comment, but you would say it so much under your breath that the person who caused it CAN’T really hear you. This would be done in the case of somebody’s self importance, arrogance, ego, entitlement or lame attempt to fit in.

This could also be done directly to a person at a volume where they CAN (barely) hear it, where they may need to jokingly be given a hint or vibe that they are being obnoxious. In most of these cases the people are so wrapped up in themselves it goes completely over their head… and so it remains the Waldos private joke that we even said it directly to the person.