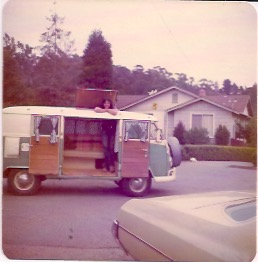 When this sound and action was made for strangers, for fun, the Waldos were aware that the strangers had absolutely no idea of what it was about; to the strangers it was only a very odd behavior and sound.

Background origination and undercurrent of the Waldos usage of “Zheup:

Amongst the Waldos, they all know were it was derived from—the Flintstones cartoon. When Fred Flinstone’s boss Mr. Slate would yell at him, or any other time he ever felt belittled, intimidated, embarrassed, or small… Fred would actually shrink. And as he would shrink, there would be a sound effect that sounded like ‘Zheup’. He would shrink down to one inch and always go running away fast, muttering with a tiny little squeaky voice.

The Waldos all thought it was funny as we have all felt like that at one time, or from time to time. So we captured it for ourselves and recalled it often, with the sound and finger gesture.

The second part was ‘Zheup’ was the private joke of it. When we would do it for somebody else, and they would have no idea of what we were talking about, and we found humor in whatever their reaction would be to it.

It is similar to showing money-coins to a dog. When a human being sees coins, all they can see is something of value…they can not completely disassociate the value from the object itself. A dog can’t see any value in a coin— all they can see are round circular objects. To an unknowing recipient, a demonstration of ‘Zheup’ is a bit similar to dogs seeing coins.