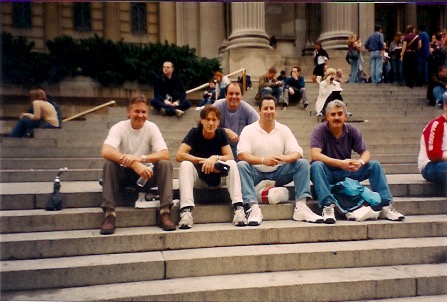 Background origination and undercurrent of the Waldos usage of “Doctor:

One Waldos’s uncle was a veterinarian. Whenever he would go to dinner with his uncle, the uncle would put in his reservation with the hostess as Doctor Miller. The respected title of Doctor might, and often did garner preferential treatment such as a quicker seat, or a better located table and better service. At the time, the young Waldo nephew thought doing it as an ‘animal’ doctor was a sham—that only medical doctors for ‘humans’ were truly entitled to get favorable treatment and better service with the title of Doctor.

The Waldos also thought, might as well use it when putting in a table reservation, whenever we could get away with it. And, might as well do it just to mock the sham of it all; it is a faulty notion that anybody should be treated better because they have a title. We then continued, referring to each other as ‘Doctor’ at the restaurant dinner table throughout the meal.

From there it spread to referring to each other as Doctor outside of restaurants.

We occasionally extended/extend the title of doctor to total strangers, addressing them as ‘Doctor’ directly, respectfully, graciously, and honorably. But primarily in instances such as when we would open a door for somebody, or extending any great politeness. Or, when they looked like they could possibly really be a doctor. Or mockingly, whenever they looked the furthest thing from a real doctor.